In this episode, Mark talks with Fran Poodry and Matt Greenwolfe. They talk about how each one came to find modeling instruction and how their first modeling workshop changed their teaching. They also talk about tools and resources for the modeling classroom while we are unable to share lab equipment. These tools provide both lab data students can analyze and the opportunity to upload student-created videos and analyze the data. This is a very timely discussion, as many teachers are rethinking their plans for classes this year. 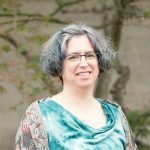 Fran Poodry taught HS physics for 20 years in the Philadelphia region starting in 1993. In 1997 and 1998, she attended Modeling Instruction workshops at UW-River Falls with workshop leaders Rex Rice and David Braunshweig. She served on the AMTA board from 2010 to 2014, and as President of AMTA from 2012 to 2013. In her current position at Vernier Software & Technology, Fran interacts with instructors daily, supporting them in their use of Vernier technology. 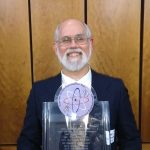 I have a bachelors degree in physics from Washington University in St. Louis, a PhD from The University of Michigan, and taught briefly as a college professor before taking a job teaching high school I thought as a transitional career move. My exposure to Modeling Instruction transformed my view of physics teaching and generated an interest and enthusiasm that has made high school physics teaching my career. I have been teaching at my current school, Cary Academy in Cary, North Carolina since 2000. In addition to the ongoing process of mastering modeling instruction in my own classroom, still a work in progress after 20 years, I have contributed numerous resources to the body of modeling instruction materials and knowledge, including the development of a robotic kinematics apparatus and other experiments, ideas for improving classroom dialogue, and adapting open-ended problems from the college level to high school modeling instruction. I have also taught modeling workshops in North Carolina and Ohio as well as serving on the founding board of directions and lates as the President of the American Modeling Teachers Association. Since Covid 19 forced us all into virtual or partially-virtual instruction, I have dedicated myself to attempting to match the high quality video labs available at Pivot Interactives and am helping to lead a group of modeling instructors creating modeling-friendly labs for the virtual classroom. This year, my physics team won the US International Young Physicists Tournament in our fifth attempt by presenting our solution to for difficult college-level problems after a year’s worth of experimental and theoretical investigation.

[7:13] Fran Poodry, talking about lessons from her first modeling workshop: “So I had been a physics major in college and kind of had it in my mind that I was going to be a teacher, but I wasn’t, you know… I did my practice teaching with someone who is just a regular traditional physics teacher. I didn’t really know how to innovate. I had not had much practice with literally having students collect data and create mathematical models. It was always like, okay, this is Newton’s second law. Okay, let’s do this experiment in which you will find out that this stuff matches up to Newton’s second law. So my first surprise when taking the modeling workshop was that I still had physics to learn, which was embarrassing, and vital. And then the second thing I learned was this whole magic of graphing data and creating mathematical models, which I don’t know how I ever did physics before that. It was, it was a revolution in my mind and it was amazing. And it just made me fall in love with teaching even more.”

[11:16] Matt Greenwolfe, on the change in his teaching practice when he started modeling: “And the main thing it did is it put the students at the center and got me to step off the stage. And I spend way more time listening to students now in deep, interesting ways, because I’m asking them open-ended questions and listening to them think their way through stuff and listening to their presentations. As they try to explain their own reasoning without an example from me to follow. And so I have a much better idea of what they’re actually thinking, and then it’s tremendously fun to create activities, to help them overcome their misconceptions and revise the way they’re thinking in a creative way that allows them to do it rather than me telling them. ”

[19:55] Matt Greenwolfe, talking about pivot interactives: “They’re videotaping each individual data point, not just a sufficient set that you could take, but each individual data point that a student might think to take and they’re organizing them. So it’s easy to select and pick. And when the students say, choose their independent variables for a lab, they choose them. And they get a video of exactly how that particular data point ran. And they can take measurements from the screen and start recording their data. And so aside from actually going over and grabbing the equipment and setting it up on the table, it got as close as one could imagine to them actually doing the lab.”

[31:40] Fran Poodry, talking about using Vernier video analysis “Vernier video analysis can work on any device with a browser. It’s got a whole bunch of cool features, including a vector display feature and auto tracking. And we’ve got some replay in there. You can see that the dots appear on the video as the data appear on the graph. We’ve had a lot of people asking about that recently, and Vernier also is making available a sample data library where instructors can give the data from an experiment to the students, and then the students can do the analysis on the experiment. We’re working on expanding that and also providing videos of experiments to go along with it,”

[45:47] Matt Greenwolfe, thinking about this year: “I think one thing is that we have to be really flexible. We have no idea what’s going to happen next. It’s kind of thrown out the door. The idea of having a plan for the year and detailed lesson plans. You want to make sure that what you’re doing is productive and learning and that you and the students are not getting too stressed out in an already stressful time.”