In this episode, Mark talks with Colleen Megowan-Romanowicz, AMTA’s first executive officer and now senior fellow, and Rebecca Vieyra, who works through many channels to improve our systems of education. They talk about the value of teacher training in a workshop setting, where the instructor and participants all participate in building content knowledge. Rebecca tells us about some of the projects they have been working on, including the development of the computational modeling in physics first material and a new app that allows users to see magnetic field lines using augmented reality on a smartphone. 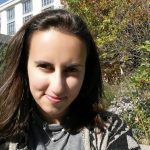 Rebecca is a coordinator of a multilateral effort to network ministries of education and education leaders to improve the quality of STEM teaching in the Americas. Until late 2018 Rebecca was the K through 12 program manager at the American Association of Physics Teachers. She managed collaborative grants from NASA and NSF and private foundations. She also served as an Albert Einstein distinguished educator, fellow placed at NASA aeronautics research mission directorate. She was awarded the presidential award for excellence in math and science teaching. Rebecca is currently pursuing her doctorate in science education at the University of Maryland College Park. 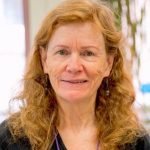 Colleen was a long-time high school physics and mathematics teacher and Modeler in Sacramento CA. She moved to AZ in 2001 to do graduate studies in physics education research focusing on Modeling classroom discourse. In 2007 she completed her PhD under the direction of David Hestenes. In 2011 she became AMTA’s first Executive Officer. In 2014 she retired from ASU to devote her full attention to AMTA. In 2017 she “retired” from the XO position and became AMTA’s first Senior Fellow. Colleen continues to write grants, conduct research, teach occasional courses in modeling and cognition, train workshop leaders, and publish on Modeling Instruction.

[23:36] Colleen, talking about the app: “I think that’s the big aha for people when they use the app, that if they want to know what the magnetic field is here, they can turn on their app and they can place a dot on the phone here and they can see exactly what that magnetic field is. And if they want to know how it changes as you move through space, they can do that. And if they want to take their phone and move somewhere else and look at the magnetic field, they just put over there, they can do it, they can see what it looks like from the other side or from underneath or from above because they can move their phone around and still look at that field… And the visualization for a three-dimensional thing like a field is a very big deal.”

100k in 10 – Rebecca mentioned this organization when talking about grants